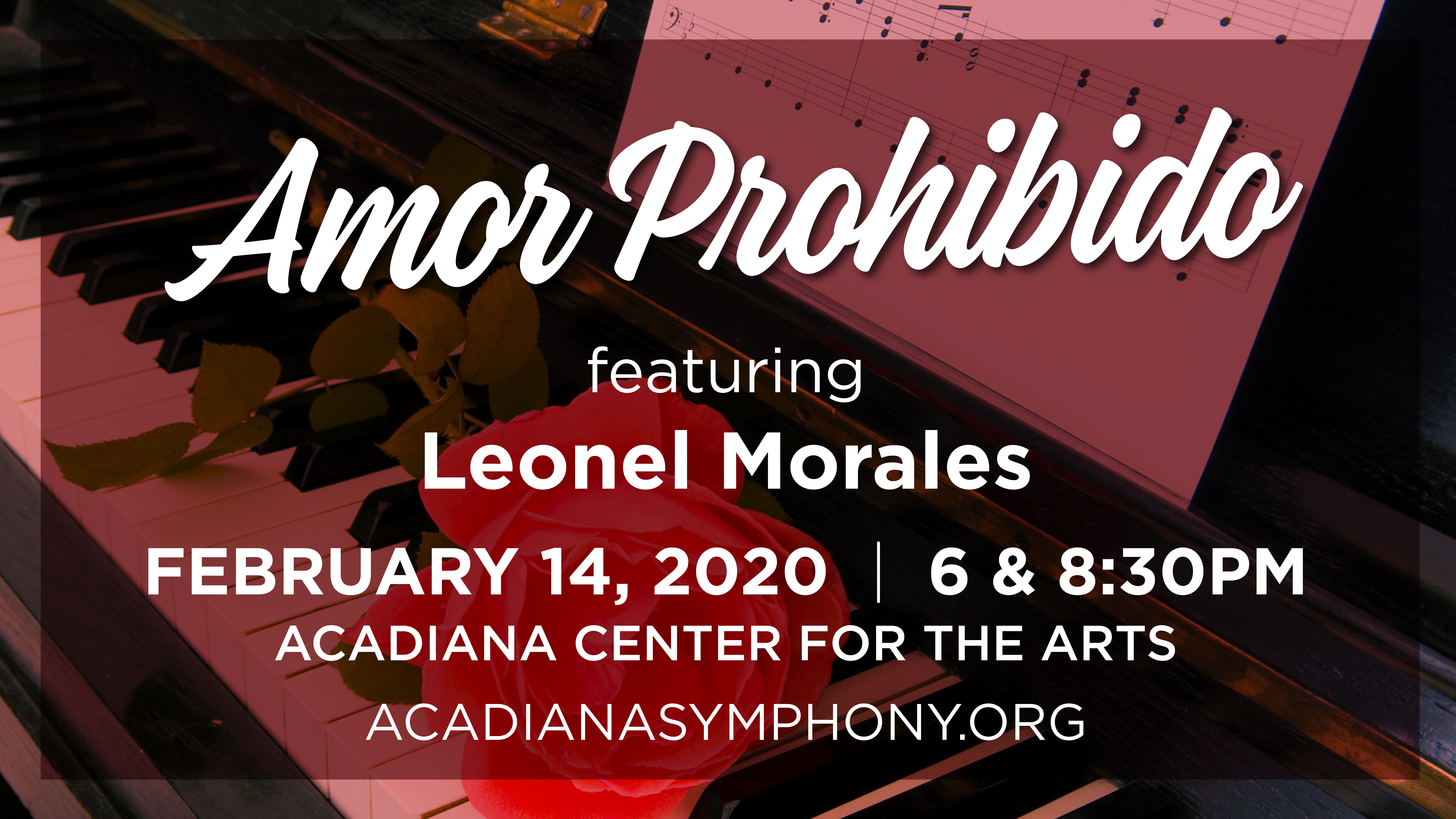 Love, passion and emotions find many different ways to manifest themselves in arts. In music, those feelings may use extremely opposite forms of expression. Some composers, for example use slow romantic melodies and soft dynamics while others explore fast, fiery rhythms and vivid dynamic contrasts. There will be a place for all the above and more in our Valentine's Day program featuring guest pianist Leonel Morales. The artist was born and raised in Cuba, where he also received his primary musical education. He later studied extensively in Russia and since 1991 resides in Spain. The repertoire of this program will feature music of those three geographical regions; Cuba, Spain and Eastern Europe, allowing the pianists to share the passion of those three different cultures in the most personal way.
Ignacio Cervantes (1847 - 1905) was one of the most influential Cuban musicians. Pianist and composer, educated in the Paris Conservatoire, he is author of operas, chamber works and a long list of piano work. During his entire life, the composer actively supported Cuban independence political causes. His most significant compositions are 41 Cuban Dances. In those works the composer shows a great love for his native culture as well as deep sensitivity and passion for life.
Hungarian-born composer Franz Liszt (1811-1886) was a monumental figure in the world of piano. Not only did he travel throughout Europe as a phenomenal concert pianist, but he also was acclaimed as a major piano pedagogue, an innovative composer who pushed compositional boundaries. He explored, with great passion and interest, variety of musical styles and characters and used tunes of Hungarian, Russian, Polish, French, German, English, and other origins as the material for his compositions. The "Spanish Rhapsody" is based on two famous themes of ancient Spanish origin: La Folia and Jota aragonesa.
Frederick Chopin (1810 - 1849) is considered the most prominent Polish composer of all time. He composed primarily piano music and many of his works show deep emotional relation with his mother land which he had to, due to political reasons, leave at a young age. The great sensitivity of the composer toward the Polish culture manifests itself in a long list of Polonaises, Mazurkas and other works with ties to Polish folk culture. His concertos show new pianistic virtuosity and very personal language that the composer introduced to the world of music. The second movement "Larghetto" of his piano concerto in E-minor presented today, has a very special meaning. As the composer confessed in one of his letters, it was written as a "love song" for the love of his youth, Konstancja Gładkowska.
BUY TICKETS