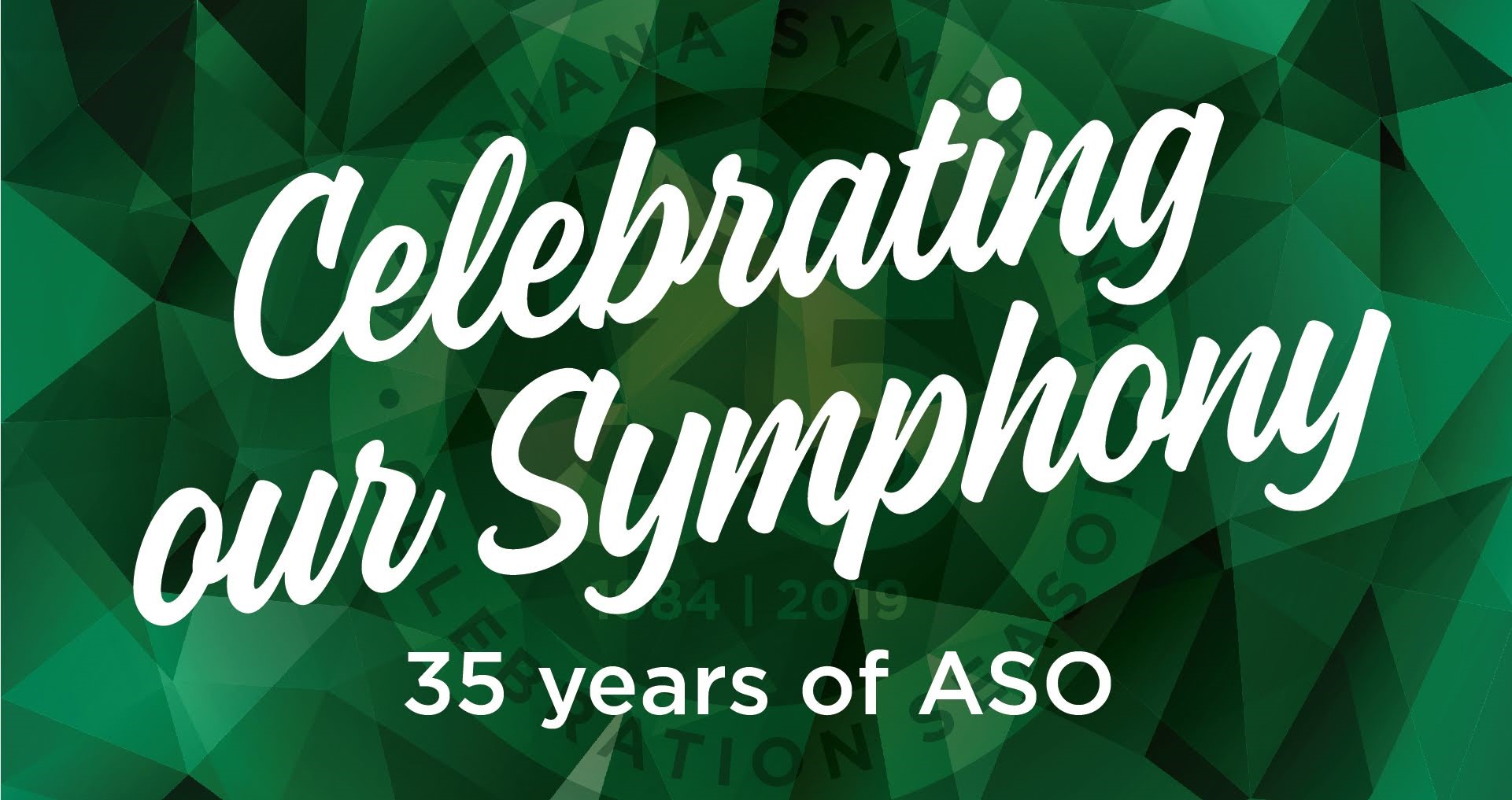 Celebrating Our Symphony
35 Years of ASO

Program | You think you know, you have no idea!
To celebrate our orchestra's 35th anniversary, the concert season-opening night features the greatest hits from the world of symphonic music, opera and musical theater. The program starts with premiere of 35th Anniversary Fanfare specially composed for this occasion by Dan Perttu, a former faculty at ULL School of Music. The Fanfare is based on two traditional Cajun tunes "Jolie Blonde" and "Mardi Gras Song." Next, after two of the most famous operatic arias ever written, Musette Waltz from La Boheme and Nessun Dorma from Turandot, the first half of the program will focus on excerpts from two operatic masterworks, Bizet's Carmen and Verdi's Aida.

Carmen's uninterrupted popularity since its inception in .... is primarily due to its colorful musical portray of Spain, that utilizes traditional Spanish musical and dance forms. Bizet's talent for melodic writing and vivid orchestration is most evident in the presented excerpts including "Toreador's Song" and Habanera. ASO in collaboration with ULL presented a fully staged production of Carmen in May 2008.

Aida, Verdi's last masterpiece, is one of the most spectacular and monumental operas of all time. With the story set in ancient Egypt, it features grandiose scenes with splendid decorations, great choruses and sometimes even exotic animals. After its European premiere in Milan in 1872, which was conducted by the composer, Verdi was recalled on stage for additional bows 32 times. Tonight's concert will present music from the Finale of Act 2, featuring the famous Triumphal March.

The second half of the concert is devoted to music from the musical theater, primarily by American composers. Featured here are three instrumental selections, by Gershwin and Bernstein, that became standards in the world's symphonic repertoire. The jazzy rhythms of "Girl Crazy" or "On the Town" and unique Latin flavor of "West Side Story" make those selections one of best cultural ambassadors of America in the world. The program is completed by selections from two ever popular works from Broadway, My Fair Lady and Les Miserable, presented in full version by the ASO in 2015.